by Thirty Pounds Of Bone 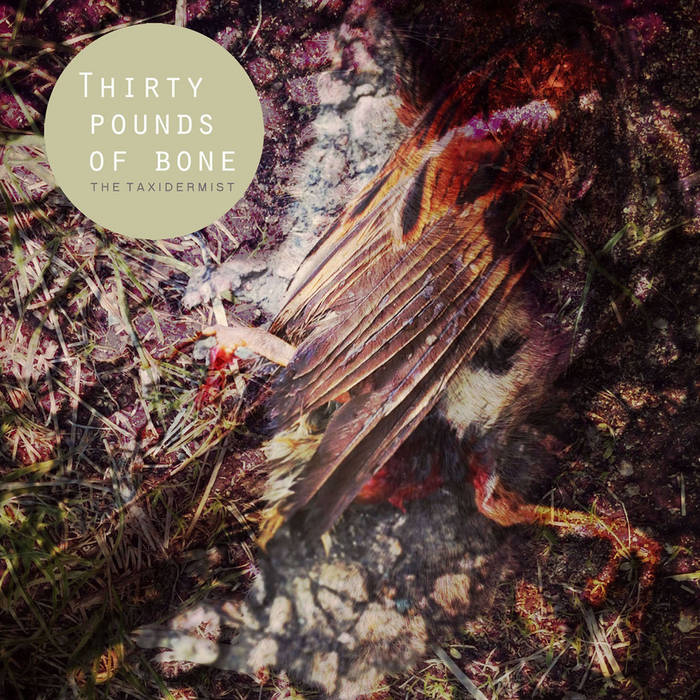 'A brilliant LP - what you have here is a superb set of open-handed, ever so slightly bitter-sweet (maybe bitter) songs that with massive choruses and brilliant, classic alt-rock arrangements.' Incendiary Magazine

'An early contender for album of the year. - the music here is as accessible as it is cleverly constructed, sometimes reaching for those sonic bursts of sunshine that, like Spiritualized and The Flaming Lips at their most glorious, genuinely make your scalp tingle.' The Herald (Scotland)

'The arrangements are hazy, draped in gauze, although the songs themselves are rock solid: it is a testament to the quality of writing that they can withstand being submerged in indie scuzz almost worthy of Kevin Shields. Beneath the distorted guitar, the choruses are anthemic, soaring; these are songs that get stuck in your head. The overall effect is a kind of shoegaze folk, at moments reminiscent of Creation Records in their heyday. - I liked it a lot on first listen, and I like it more every time I hear it.' The Quietus

'His journey has been like the move from black and white, to colour, to widescreen and transitioning into 3D, these songs are fully rounded expansive concentrated moments. - this is a fine record, emotionally direct and ranging musically from the complex to the simple, throughout you never lose sight of Lamb and his vision, excellent.' 8/10 Americana-UK

'This is gorgeous, an odd record, not going to lie to you, bit strange in places but darkly beautiful. One to listen out for.' Lauren Laverne, BBC Radio 6

'Thirty Pounds of Bone’s new album ‘The Taxidermist’ blends folk with a brooding indie edge. Johny Lamb plays everything on this record, particularly impressive given the wide range of instrumentation used. - an instantly arresting listen; its simple intensity draws the listener in. - a uniquely unsettling but compelling release.' The Strange Brew

'The broader soundscape here gives great scope for his fine lyrical style to shine, and the mix of folky, shoegazy, alt-rock tones is always interesting. And there are surprises too, with change of pace or the sudden introduction of brass or organ sounds taking the music in very different directions. The Taxidermist is a deep album that bears careful listening, and every repeat seems to allow the listener to discover something new.' Glasswerk Magazine


Where Johny Lamb’s first three albums - 2006’s The Homesick Children of Migrant Mothers, 2009’s Method, and 2011’s I Cannot Sing You Here But For Songs of Where - all relate heavily to place and itinerancy, rooting themselves (sometimes unconventionally), in folksong, The Taxidermist marks a partial departure from Johny’s previous works. Retaining all the hallmarks that made those other records so special, The Taxidermist is still unmistakably a Thirty Pounds of Bone record, but this time round the ratios have shifted somewhat.

There are love songs and death songs, as Johny mixes acoustic folk-like songs with distortion smothered Shoegaze, analogue synth, and Salvation Army type brass. It’d be a push to say this is Thirty Pounds of Bone gone pop, but musically there’s a change of focus, and on The Taxidermist we find Johny at his most wistfully romantic.